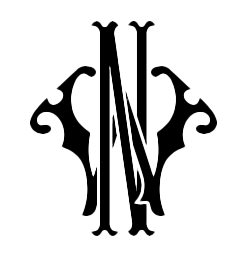 4:28 – 5:28 am, an exhibition of new works by London-based artist Nana Wolke explores our attraction to the unseen.

Inspired by an evening at the Princess Hotel, one of many short-stay hotels at King’s Cross Station, once notorious for prostitution and drug abuse, 4:28 - 5:28 am draws from memory and montage to create an interconnected body of work that brings the private into close contact with the public. Replicating the layout of one of its rooms, the main gallery features four staged scenes, each occurring over the course of the hour. Heavily influenced by cinematography, Wolke’s approach to painting relies on the construction of a scene rather than the authority of a single frame. Favouring the rendering of a moving image into a two-dimensional space, the artist not only subverts the static nature of her medium but provides broken narratives that unfold before the viewer as reality and fantasy are blurred.

Cinematic jump cuts offer windows into events hard to grasp: a lover’s quarrel or a lover’s embrace. Props play only to confuse further: masks, wigs, and hunting lights disorient. A musical backdrop inspired by TV channels aired between 4:28 and 5:28 AM, produced in collaboration with Gašper Torkar, plays softly. A banner at the entrance borrows typography from the hotel’s. Losing touch with what is real and what is mere construct, the viewer is transported into a space where fiction reigns. Fabricated and sequential, these narratives reveal the shame of both seeing and being seen as the viewer is made into a trespasser and becomes an unwilling, yet curious, participant in the act of voyeurism.

The conventions of cinema have accustomed us to observing things from the voyeur’s vantage point. Moving beyond traditional notions of voyeurism and surveillance as strictly predatory, the artist addresses these topics by provoking uneasy questions about our gaze and its status in an increasingly visual culture. Desensitized by a Netflix true crime junkie culture, to some, these cinematic jump cuts become crime-scene like snapshots. Feelings of discomfort are introduced into the viewer’s experience as Wolke explores painting’s ability to disturb. By upsetting the traditional depiction of voyeurism as something to do with acts of transgression, the artist reveals the possible humanity inherent in the ‘pleasure of looking’.

Viewers are invited to peek into the forbidden and, in turn, are forced to contemplate the problematic gratifications that come with the tabooed act. This is brought to full fruition upon entering the second gallery, where a painting of a peephole hangs. Echoed in the main gallery by the use of blue and green hues, this painting is of a more clinical nature, reflecting the cold nature of the hallway, perhaps even that of the outside world as a whole, and forces one to retreat back into the warmth of this hotel room.

Painted in soft red hues, the scenes in the main gallery tender to the complicated moods of love, the intricacies of shame, and the attraction to the unknown, ultimately suggesting a space where violence, shame, and tenderness can coexist. Remarkably, in applying these warm red colours reminiscent of red-light districts, the artist softens the scenes we trespass on, both beautifying them and bringing to light the subtleties and complexities of environments we hold biases towards. By welcoming the viewer into such a space, Wolke relieves her viewers, to an extent, of their trespasser status.

Indeed, Wolke offers the viewer a degree of safety and warmth rarely present in similar ‘real-life’ situations. Traditionally thought of as places of unholy deeds, both undesirable and corrupt, this seedy hotel is reimagined as a liminal space of love, where seduction and contradiction prevail. Devoid of the preconceived horror we tend to associate such hotels with, our engagement with what is foreign, an ungodly place at an ungodly hour, here elicits a pleasurable response that reveals our sensitivity to the forbidden.

Through her cinematic staging of 4:28 - 5:28 am, Wolke negotiates the real and the fabricated. The true power of painting is revealed in its ability to excite a range of simultaneously occurring, disparate, and at times contradictory, emotions. Channelling her knowledge of cinema and providing fresh insight into the paradox of horror, the artist forges a path to a hedonic account of the experience of the unseen. While Wolke’s work has undergone a series of shifts over the past few years, her paintings remain consistent in tone, putting forth her now signature style of trapping shame in desire, or rather desire in shame. 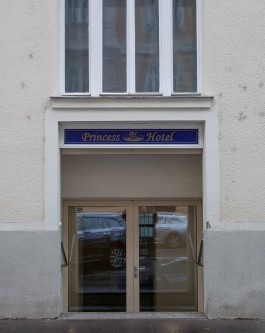 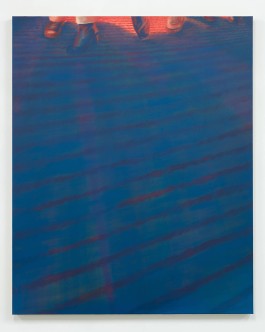 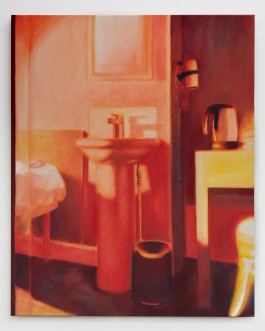 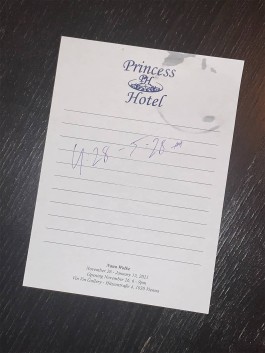 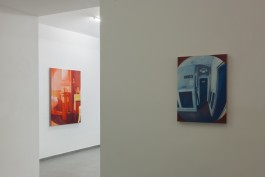 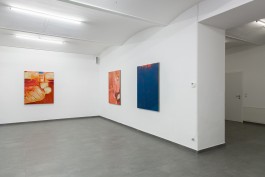 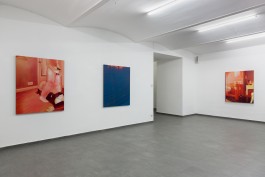 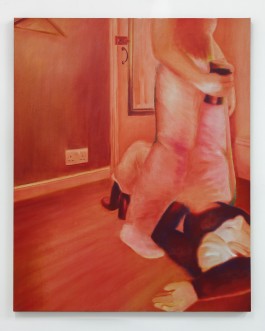